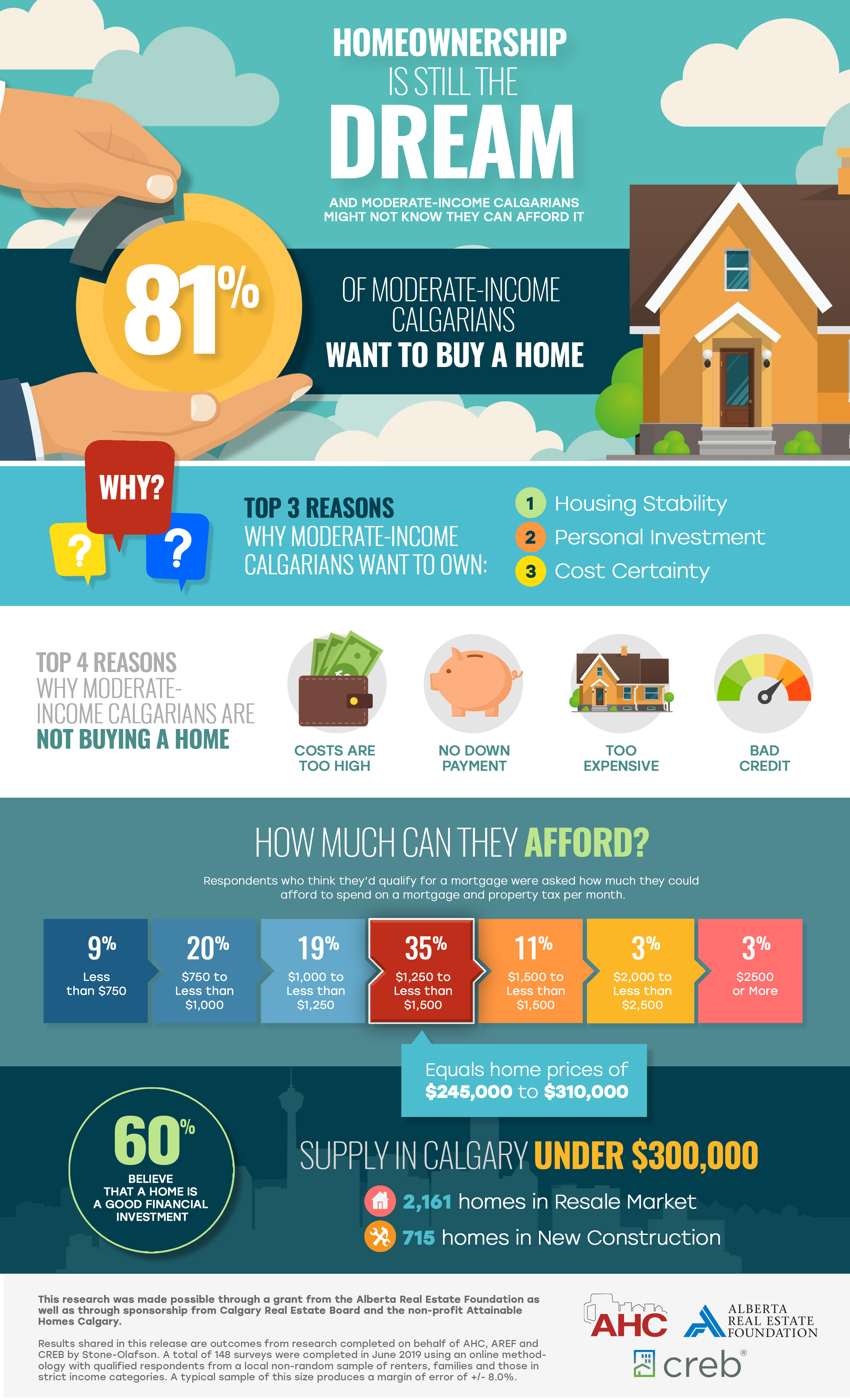 But moderate-income Calgarians might not realize they can afford it.

CALGARY – January 15, 2020 – Who says people are moving away from homeownership? In fact, the dream is stronger than ever for moderate-income Calgarians. 81% of this group want to own a home either now or in the next few years.

New research released today examines attitudes toward homeownership and the assumed barriers to achieving it for moderate-income Calgarians. This research was referenced at yesterday’s CREB Forecast and is the collaboration between Attainable Homes Calgary, the Alberta Real Estate Foundation and the Calgary Real Estate Board.

So, if moderate-income Calgarians (who do not currently own a home) want to buy one, why arent they? Not shockingly, the reasons are financially based: they don’t think they can afford the costs of homeownership; they can’t save a down payment; and they believe prices are too high.

When comparing renting to owning, most renters primarily value the freedom of renting, except for single-parent rental households.

Over one-third of respondents who think they could qualify for a mortgage indicated they could afford between $1,250 and $1,500 per month in mortgage and property taxes which translates to home prices between $245,000 and $310,000.

In terms of housing supply priced below $300,000, moderate-income Calgarians may not know there are 2,161 resale and 715 new construction homes all currently available for purchase. This hints to a potential disconnect between renters’ price perceptions and actual list prices.

Recent media reports and social media communication across the country suggest a shift away from the desire of Canadians to own a home. This newly released research counters this assumption; the dream remains firmly in place for those earning a moderate-income in Calgary.